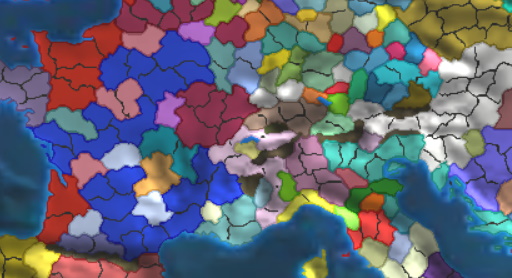 Sorry for the radio silence for the past 3 months -- we've been busy. A lot of effort went into this and I wanted to make sure this would pan out before breaking the news:

The new map is a large departure from the original map. Essentially we had to start from scratch. If interested, I wrote up some technical documentation about how we accomplished this and how it compares to other methods to simulate EU4's map. In short, I find map v2 to be the best in terms of realism, accuracy, performance, controls, and flexibility.

Let's do a bit of a comparison. 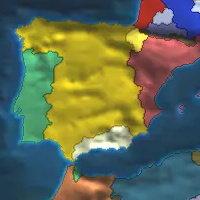 If you are a fan of the flat look or have a low end machine, you can render without the terrain overlay:

But more importantly, we have more map modes -- the #1 requested feature on the survey:

More map modes are on their way too!

The old map was fast, but the new map cranks it to 11 through the power of the GPU. Any changes to the map are calculated instantly.

@crschnick, from Pdx-Unlimiter architected the map and wrote all the low level code, and you'll find them with the developer discord role!

What's on the horizon?: