While fleshing out the province details view in Rakaly, I stumbled across a trend: the AI over prioritized trade companies. The AI would prioritize buying investments until every trade company area looked like: 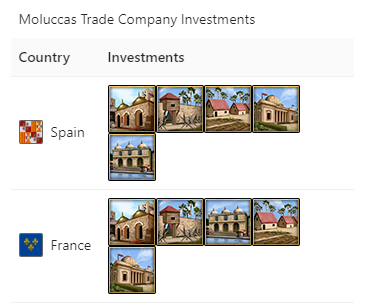 Spain and France buying every investment

Every trade company looked like this. Trade companies are definitely meta right now, but not like this.

Surely spending such lavish amounts on trade companies should correlate with a prosperous homeland with workshops and manufacturies -- or at the very least, military buildings, right? Unfortunately, no. 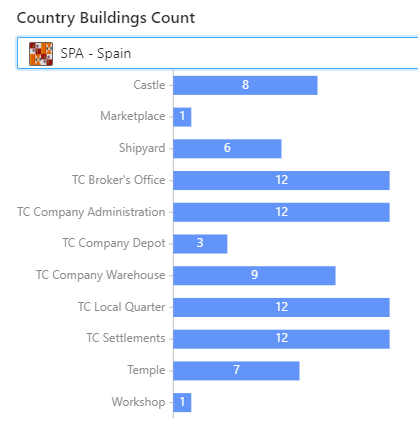 Number of Spanish provinces that have a given building

We see the Spanish have built very few buildings outside of trade company (TC) investments. In fact, when checking their total expenses, we can see that they have spent a grand total of 0 ducats on buildings. 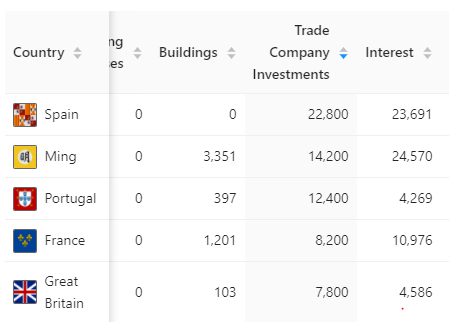 From the above we can see that Spain spent 23k ducats on trade company investments and zero on buildings. Other nations are afflicted with this misprioritization too: investing into trade companies while their homeland is devoid of buildings.

Aside: technically, since the total expense counter is reset on tag switch, it's not clear from the chart if "Castile" built the buildings or the buildings were acquired through force or diplo-annexation. I did manually check and could only find Castile constructing only one building -- either way hopefully it's still clear that Spain's homeland is underdeveloped building wise.

This is not an isolated incident -- the world seems pretty normal for mid 1600's (aside from me, Kongo, owning Africa):

I took a step back and examined a 1.30.4 save, and it shows a little bit more grey area: 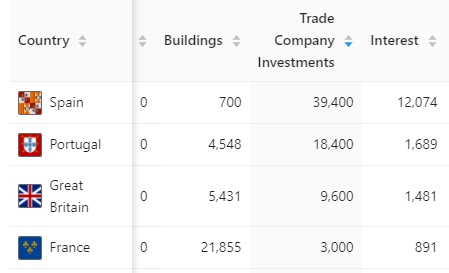 Spain with 40k in trade companies investments, but at least other nations, like France, constructed buildings. 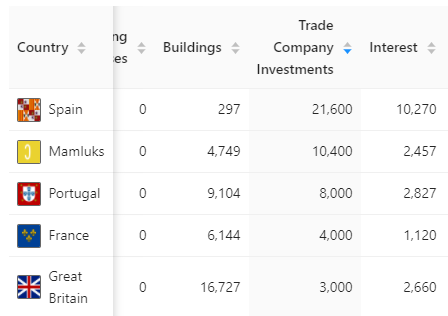 We can see a bit more variation from other countries but Spain still way, way over prioritizes trade companies.

And to spare you further digging, this issue seems to persist in every save 1.29+ I've examined. But as you can guess it's hard to draw conclusion about AI behavior even when, so feel free to analyze your saves and see if the theory of the AI (especially the Spanish) overprioritizing trade company investments holds.

What's the point of this post? It's not to bash the developers -- I obviously love EU4 considering I built Rakaly. This is just a fun observation that can be made when one exposes the data that the game hides.

I don't create too many memes, but it made me think of this:

Spain deciding where to spend their debt 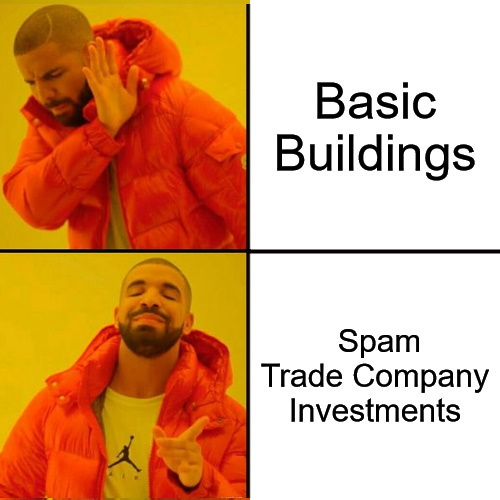